Uncategorized - posted on December 9, 2018 by GATA

GATA announces The Parade Before Christmas show in Minneapolis, MN 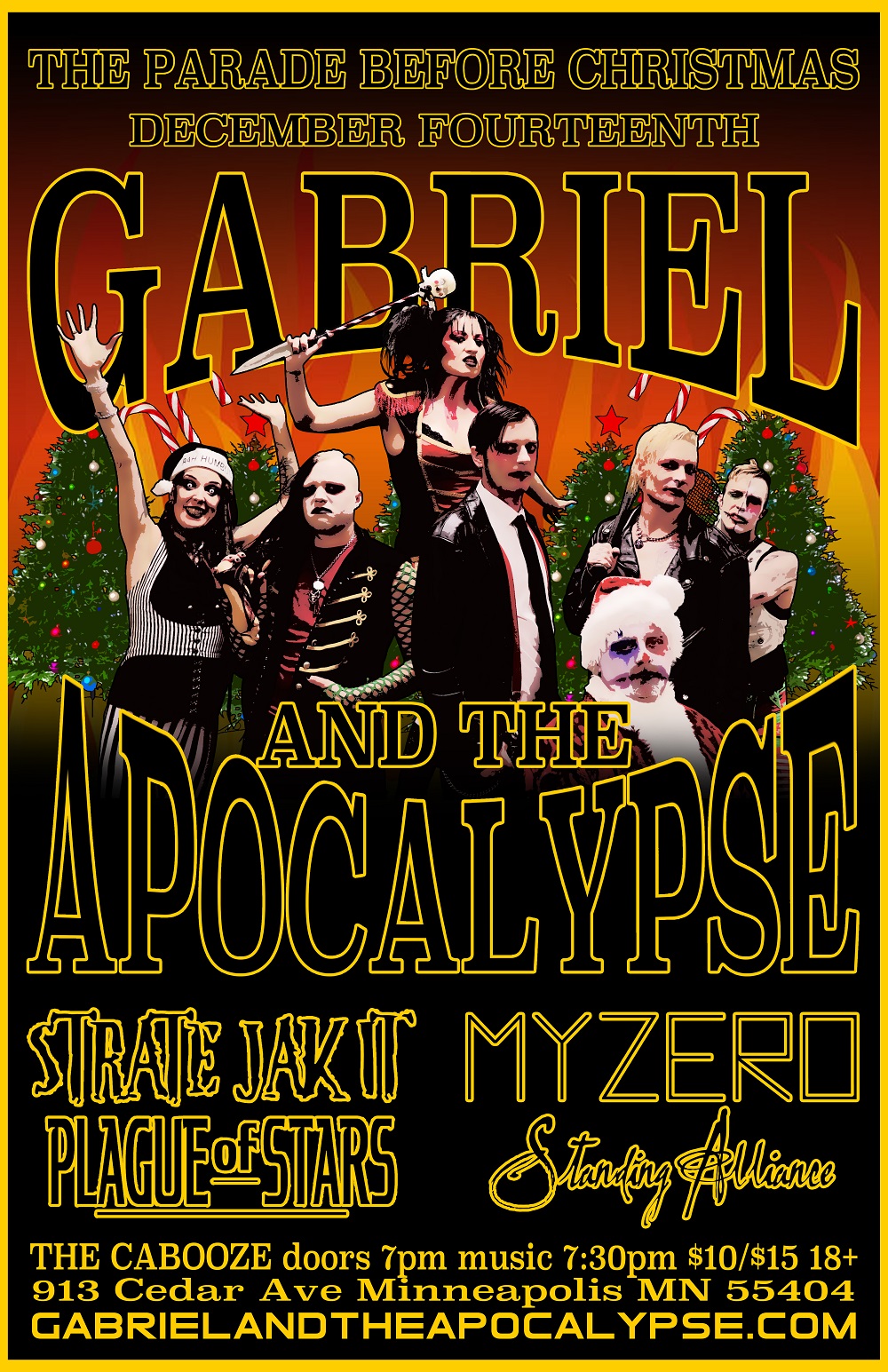 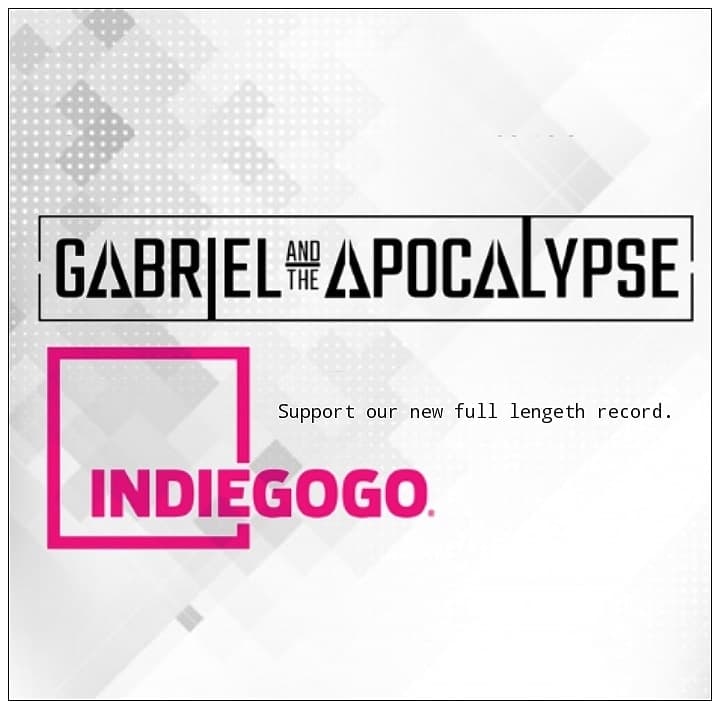 Gabriel and the Apocalypse have been hard at work on a new full length record. The band has recently completed tracking material for a new record release date to be announced. The band is planning tour dates to follow the release of the new album. Singer Lindy Gabriel says “There’s a lot that goes into funding a record and we need a little help to complete the process. We feel this is our best record yet and we can’t wait for you to hear it. We truly can’t thank you enough for you love, suppoprt, and loyalty. You keep us going and we can’t do it without you”. To make the campaign special and personal the band has included many perks that are custom made by the band members. One of a kind and personal items that won’t be available again.

Gabriel and the Apocalypse Launch New Video “Behind the Sun”

To wrap up the 18-month long tour and promotional campaign for The Ghost Parade album, Gabriel and the Apocalypse release a music video for “Behind the Sun.” The video closes the chapter on this highly acclaimed and commercially successful album, as the band plans on entering the studio to record a brand new studio album for 2019 in the near future. To also celebrate the end of the album cycle, the band will hit the road with Mushroomhead in late April.

The audience is used to seeing Gabriel and the Apocalypse operate on level 10. Their high-energy stage show electrifies audiences, as do their edgy, thought-provoking music videos, like “Beauty Under Glass” and “Thrill of the Kill.” The new video “Behind the Sun” is a complete 180 from what we are used to seeing from the band. The video showcases the other side of the group and proves they aren’t a one-trick pony by any means. Using a cold and snow covered setting, the band takes on a somber side and direction to give the audience an amazing journey.

“Behind the Sun” represents the closing of a chapter to The Ghost Parade, not only for the record but on a personal level. “I opened myself up so much for that record,” says vocalist Lindy Gabriel. “I was in such a raw emotional state and, through it all, I believe I became a stronger person with a thicker skin. My mind is a clean slate now and I am ready and excited to dive into the new record.” 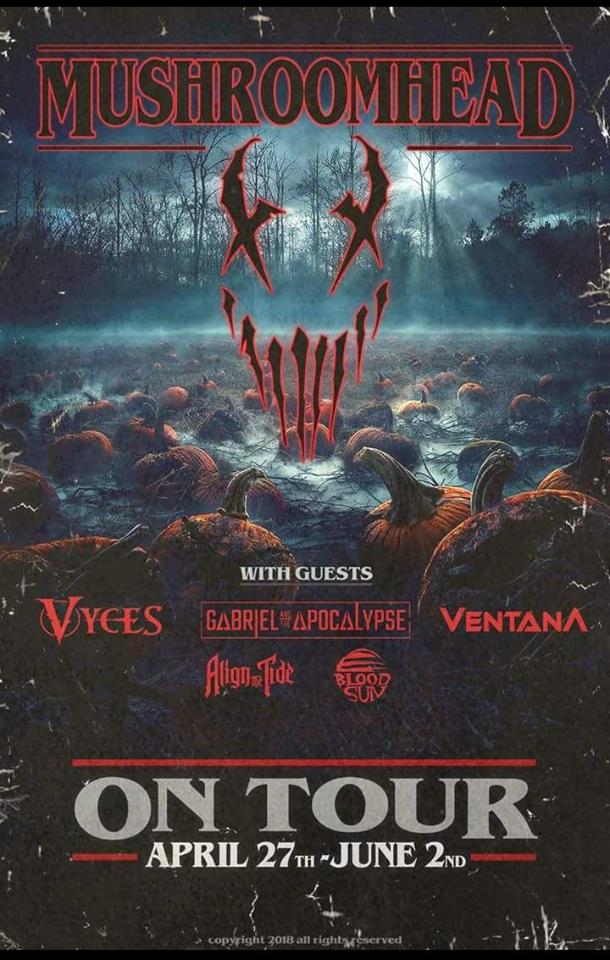 Gabriel and the Apocalypse will be hitting the road this spring with Mushroomhead, Vyces, Ventana, Blood Sun, and Align the Tide. 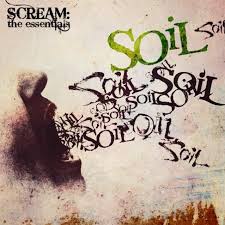 Gabriel and the Apocalypse front woman Lindy Gabriel featured on Soil’s new single “Gimme Some Lovin” on vocals.  The newest track by Soil is a part of their new album release “Scream the Essentials”.  See video here:  https://www.youtube.com/watch?v=nE74FXV8rX0 The song and album now available at Best Buy, iTunes, etc.

GATA TOUR WITH SOIL AND FLAW 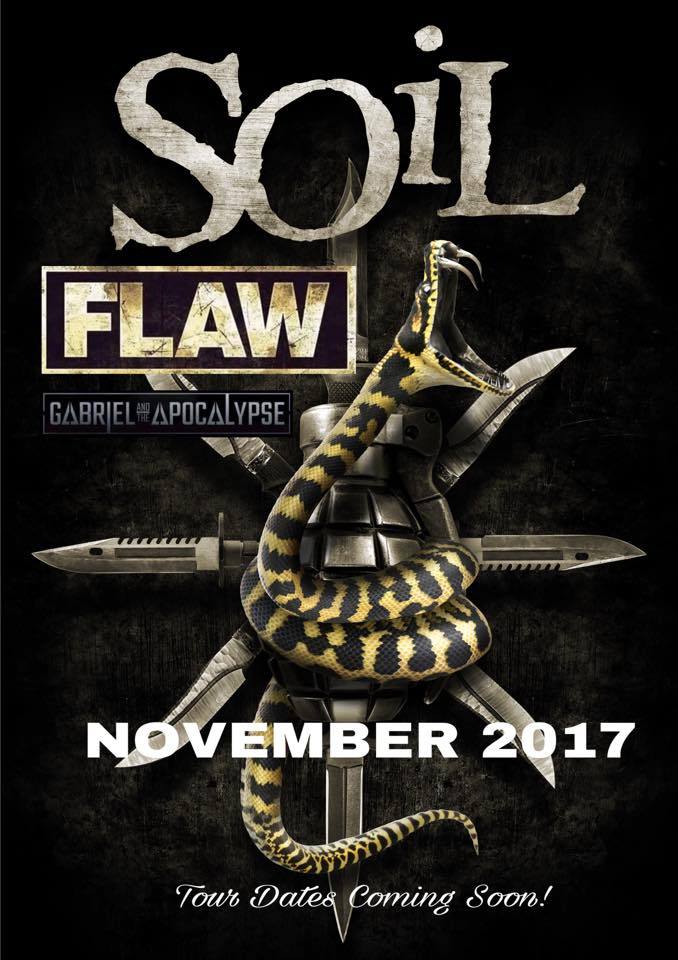 Making of Thrill of the Kill music video 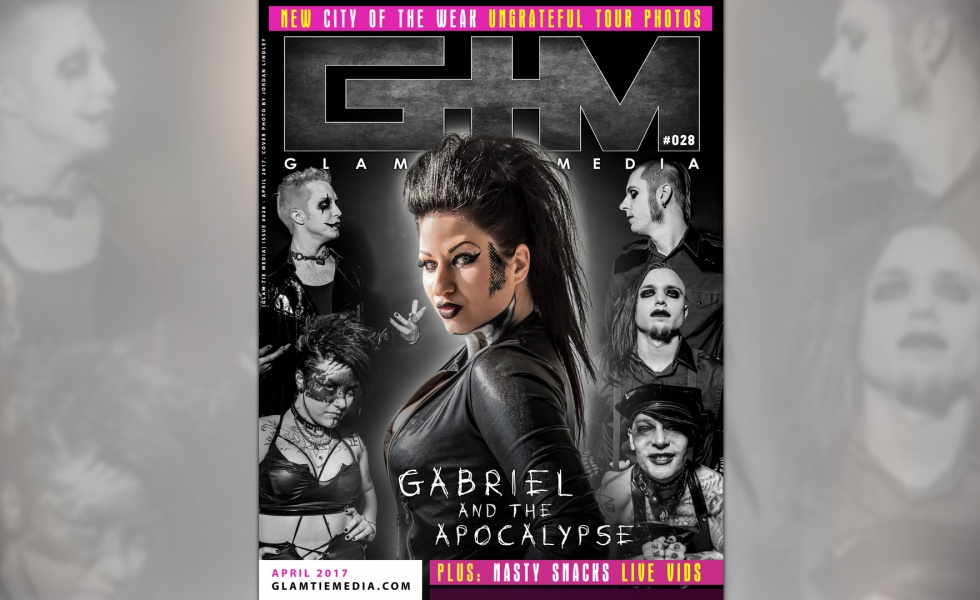 GATA featured in Glam Tie Magazine for an exclusive look at the making of “Thrill of the Kill” music video.  Full story here:  http://glamtiemedia.com/issue-28/ 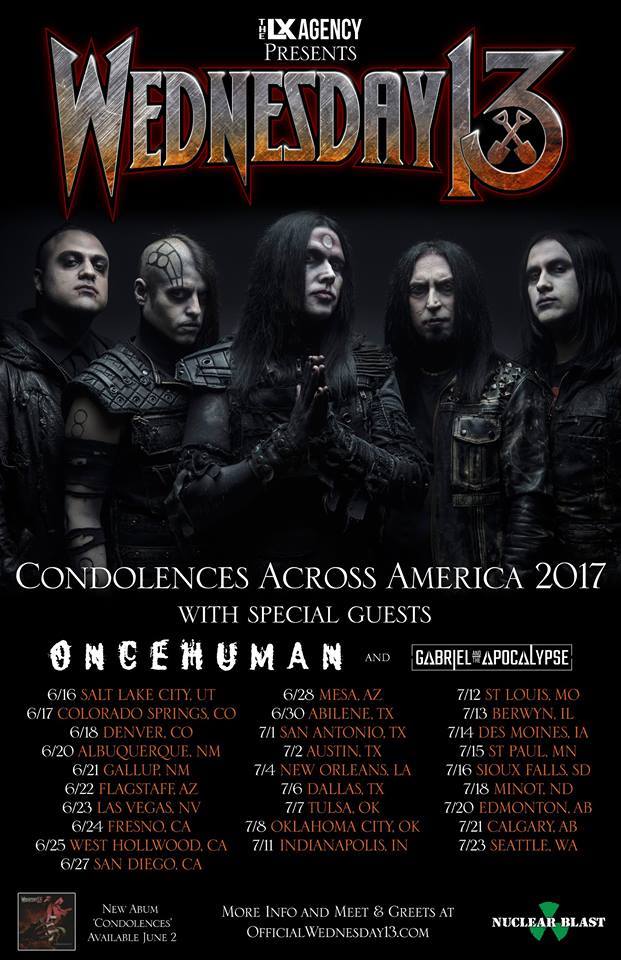 Gabriel and the Apocalypse is set to tour with Wednesday 13, and Once Human on the “Condolences Across America Tour 2017” this summer.  Wednesday 13’s new album “Condolences”is out June 2 via Nuclear Blast Records.  See dates below.

New video for “Thrill of the Kill” premiering on Brave Words 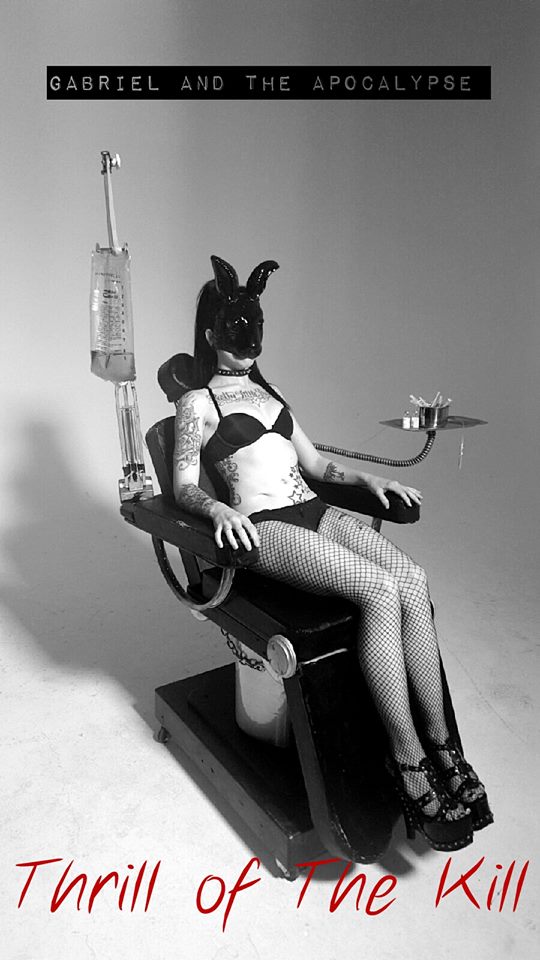 The new “Thrill of the Kill” music video premiers on www.bravewords.com March 24th  11AM EST.  The leading single can be heard on the bands latest full length release titled “The Ghost Parade” available now.